The Columbus Tree Subcommission advises the Recreation and Parks Commission, per City Code 912.23. It is composed of nine members; seven are appointed by the Mayor with approval of Columbus City Council. The other two members are the Columbus Recreation and Parks Department Director and the City Forester, serving as ex-officio members. Members serve five years without compensation.

The duties of the Columbus Tree Subcommission shall be as follows:

To study the problems and determine the needs of the City of Columbus in connection with its tree planting program.

To recommend to the Recreation and Parks Commission the type and kinds of trees to be planted in parks, public places and along city streets. 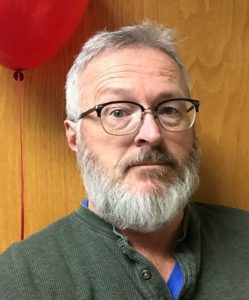 Steve Cothrel holds a Bachelor of Science and Master of Science degrees in natural resources management from The Ohio State University. He has more than 35 years of experience as an urban forester and/or parks superintendent with state and municipal governments. He is an International Society of Arboriculture (ISA) certified arborist and municipal specialist and a licensed pesticide applicator. He is also a past adjunct instructor of arboriculture at Columbus State Community College. Steve serves on two local municipal tree commissions and does considerable volunteer work (including holding board and officer positions) with several nonprofits and professional organizations. He was awarded Honorary Life Membership in both ISA and the Society of Municipal Arborists (SMA), and he is a Past President of SMA. 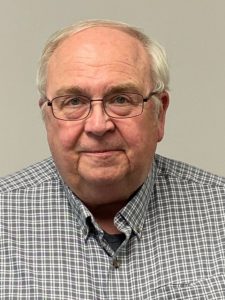 Steve Goodwin is a 1973 graduate of The Ohio State University, School of Natural Resources, with a Bachelor of Science degree in natural resources, park and recreation administration.

Steve has 49 years of experience in natural resources management. Steve is currently the assistant director for Appalachia Ohio Alliance (AOA), a regional nonprofit land trust operating in central and southeast Ohio. Appalachia Ohio Alliance manages more than 13,000 acres of protected lands including both owned and conservation easement protected lands. Steve also serves as a member of the steering committee for the Coalition of Ohio Land Trusts, a statewide organization of Ohio-based land trusts, and he is a member of the Natural Resources Advisory Council District 17, Clean Ohio Green Space Program.

He serves as a member of the City of Columbus Parks and Recreation Tree Subcommission and the Ohio Department of Natural Resources (ODNR) Division of Forestry’s Forest Stewardship Advisory Council.

Steve retired from the ODNR Division of Natural Areas and Preserves in December 2001 where he served in various management positions. Steve is a charter member and current board member of the Kiwanis Club of New Albany. 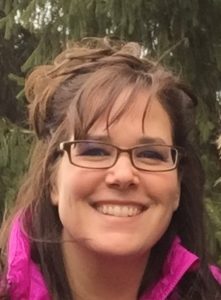 Annie Parsons holds a Bachelor of Science degree and Master of Science degree in civil engineering and geographic information systems (GIS) from The Ohio State University. Annie is a Professor and is the GIS Program Coordinator at Columbus State Community College. She previously worked as a technical analyst and database administrator for employers such as Environmental Systems Research Institute (Esri). She has more than 25 years of experience as a GIS professional with user-side and server-side GIS software, and she is passionate about advocating the use of geography and GIS technology through enterprise deployment. Annie also has a strong desire to bring technical and management experience to organizations who want to harness the power of GIS for global citizen benefit as well as citizen engagement.

Julie Predieri graduated from The Ohio State University with a Bachelor of Science degree in forestry and wildlife. She has five years of experience in urban forestry with both the City of Gahanna and the City of Dublin. Julie also has two years of experience in ecological restoration with Dawes Arboretum, and she spent a month conducting forestry research in Nanning, Guangxi, China. Julie is currently the city forester with the City of Gahanna, and she is an International Society of Arboriculture (ISA) certified arborist and holds a commercial pesticide license through the Ohio Department of Agriculture (ODA). She has served on the Ohio Department of Natural (ODNR) Division of Forestry’s Urban Forestry Advisory Committee since 2020. Julie was born and raised near Columbus, Ohio, and she is honored to serve on the Columbus Tree Subcommission.

Barry has been a lecturer at The Ohio State University, Dendrology Course in the Forestry program and a technical assistant at OSU with the Plant Pathology and Horticulture Department within the Department of Natural Resources.

Barry has professional memberships in the Society of American Foresters (more than 25 years), a Life Time member of the International Dendrology Society, and he regularly attends forestry and horticulture trade shows, conferences and workshops. Born and raised in Columbus, Barry is also a lifetime member of St. Paul’s Evangelical Lutheran Church, has served on various boards and is an elder and president of the congregation.

He brings rich experience and a wealth of knowledge to the Columbus Tree sub-commission, especially with his first-hand knowledge of our city.